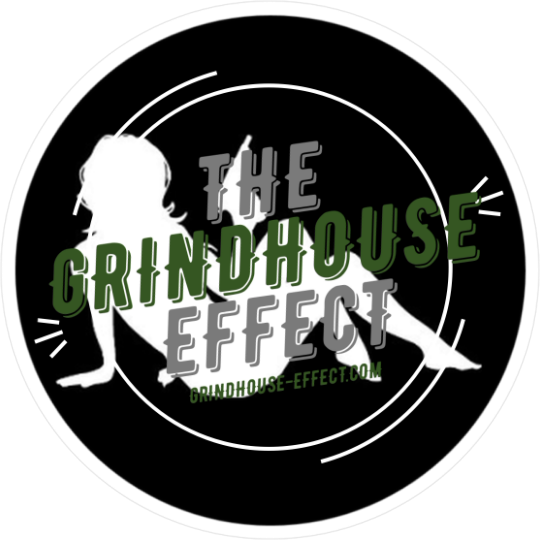 This review is Part Two in our look at the life and career of Shauna Grant.

Venerable adult film writer and historian Jim Holliday was often heard lamenting that many so-called “couples” films scrimped on the sex in an effort to broaden the audience. Not content to simply rant, Holliday decided it was time to show the others how a story with broad appeal can still deliver the erotic goods. Holliday teamed with the talented and prolific Bob Chinn (who helmed the bulk of the Johnny Wadd series in the 1970’s), and thus we are treated to THE YOUNG LIKE IT HOT. With the perfect blend of both familiar and fresh faces, the film is a hoot with a bawdy innocence lacking in much of today’s adult fare.

Loni (Hyapatia Lee, RIBALD TALES OF THE CANTERBURY), the supervisor at a small phone exchange, is worried when rumors swell that the operators in her charge are to be replaced with computers. She and her cohorts hatch a plan to convince the bigwigs that they can provide services that no computer ever could. Bumping, grinding, and a whole new take on “Customer Satisfaction” ensues.

There are numerous ways that Bob Chinn sets THE YOUNG LIKE IT HOT apart from the glut of adult fare that was busting out of every video store in the early 1980’s. Setting up the film’s successes is a tremendous cast. The film is presented as a showcase for the fantastic Hyapatia Lee who, while not given a whole lot of emoting to do, is possessed of voluminous screen presence. There is a whole lot going on behind those stunning eyes of hers. In every sex scene she appears in she always seems perfectly in charge. Never a mannequin, she is the ideal woman for this type of picture, gorgeous eye candy with down-to-earth charm.

Just as notable is another newcomer who would become a superstar, Shauna Grant (SUZIE SUPERSTAR). Billed here as “Callie Aimes,” Grant is adorable. With the face of a porcelain doll, she plays the ditsy, dimwitted Cindy with comedic flair. Much has been said about her later performances being unenthusiastic, but the charge cannot be leveled here. Not yet in the grips of depression and addiction, Grant shows her natural ability under Chinn’s direction. She is aware of the camera without betraying that fact to the audience. While her dialogue is minimal, she uses her body and expressions to hilarious effect as she plays out the funniest of several running gags.

Jeff, a DIY fanatic played by the always-watchable Joey Silvera (also in SUZIE SUPERSTAR), continuously calls in to the phone company for aid with his many home projects. Knowing that she needs to prove her worth so as not to be replaced by a computer, lovable dim bulb Cindy tries to advise him herself, with hilarious results every time. When he finally tires of being concussed, electrocuted and set alight, he heads to the phone company to confront Cindy about her “assistance.” No viewer will be spoiled to know they end up shagging each other silly. Grant and Silvera have terrific chemistry and their volcanic sex scene will make viewers forget some of Grant’s later, less enthusiastic screen couplings.

Chinn keeps the pace going at a frenetic clip. While 91 minutes is on the longer side for a hardcore feature, no scene outstays its welcome. Chinn accomplishes this by cutting back and forth between plot and sex, building the heat while advancing the story. The film begins as the phone operators start their day. As they enter the narrative we cut back and forth from them to night clerk Stephanie (Linda Shaw) getting her jollies with repairman Bill (Herschel Savage, DEBBIE DOES DALLAS) on the boss’ desk. This sets up another running gag featuring one of adult’s greatest actors Eric Edwards (THE PRIVATE AFTERNOONS OF PAMELA MANN). As the head of the call center, Edwards’ character seems to always be walking in as his copulating co-workers are scurrying away. His repeated line “What’s that smell?” seems crude on paper, but Edwards’ comedic skills make it hilarious every time.

One particularly effective sequence involves the legend that is Bill Margold, a man who needs no introduction to viewers of hardcore. Playing “Big Dick,” Margold delights in making obscene phone calls to the phone company in an effort to shock the operators. This time around he gets the libidinous Nancy (Rosa Lee Kimball, FLESH AND LACES.) While Margold fiddles with himself in a scenario played for laughs, Nancy eggs him on while getting her own needs met by phone repairman Mike Horner (8 TO 4) under her desk in an intensely erotic scene. These quick cuts, which run throughout the film, really keep things flowing. You can safely leave your remotes on the table, there is no fast forwarding to be done here.

While Kimball would leave adult films almost as soon as she entered them, a few of her co-stars would carve out memorable careers for themselves. One such newcomer is Lili Marlene as the awkward and virginal Marie in an effective and sweet performance. Her deflowering by Edwards is played well, Marlene showing the fire of a woman finally casting off her inhibitions. Also on hand is Hyapatia Lee’s then-husband Bud, who plays the company’s “token male.” He would go on to a long career as a director.

Screen stalwarts Ray Wells and Pat Manning also appear to prop up the new talent. Of course, of all the well-known faces on display the most notable may well be Kay Parker. Parker had attained legend status as the conflicted mother in the infamous TABOO two years earlier. Here she plays a kind of den mother to the other women. While she participates in but one brief sex scene, she facilitates one of the film’s hottest couplings. When Paul Thomas calls in to lament his wife’s lack of oral aptitude, Parker talks the wife (Laurie Smith, a personal favorite) through the finer points of deep throat in an unforgettably sexy way.

The film is a technical dream. The visuals are expertly composed and perfectly shot by DP Jack Remy. Remy knew how to attractively shoot both women and men alike, and the cast looks fantastic. The script (credited to Gail Palmer with purported additional material by Bud and Hyapatia) clips along with wit and eroticism, and even the opening credits get a memorable theme song.

Director Chinn has said that his interest in hardcore was waning by this point in his career, but he certainly doesn’t betray this in the finished product. He was an expert at crafting light, comedic scorchers with broad appeal and staying power. THE YOUNG LIKE IT HOT is delicious fluff and doesn’t pretend to be anything else. It exists to titillate and entertain, and it does both quite well. THE YOUNG LIKE IT HOT won’t make you think, it won’t change your life, but it’s sure to get a rise out of you. For a good time call… Indeed.

THE YOUNG LIKE IT HOT was released by the heroes at Vinegar Syndrome on a double bill with another Lee/Chinn collaboration SWEET YOUNG FOXES. Originally released on a Blu-Ray/DVD combo, the Blu-Ray was a limited edition that sold out quickly. The DVD, also a double feature, is still available and includes all the extras of the original Blu-Ray: trailers for both films and interviews with both Bill Margold and Bob Chinn. Recommended. 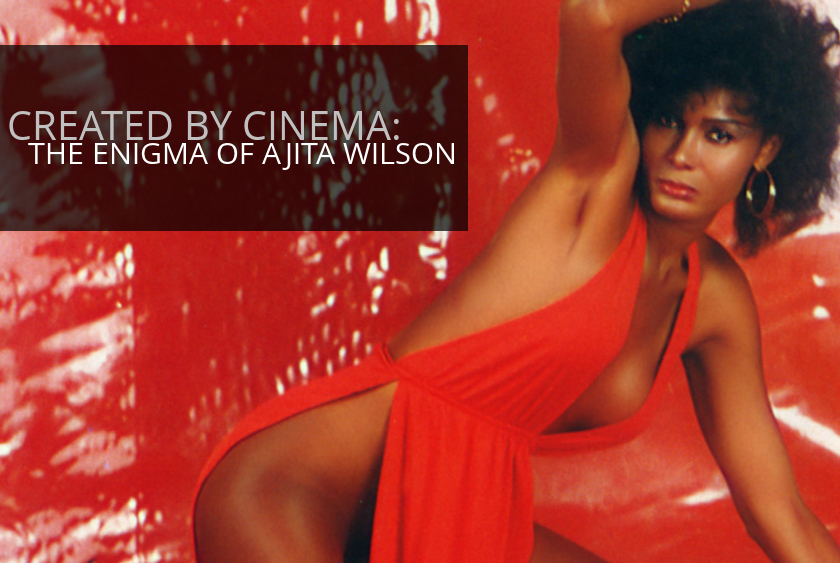